Steve Jobs was born on the 24th of February 1955 in San Francisco, California. His biological parents had to get him adopted because of family problems. The ones who adopted him were Paul Reinhold Jobs and Clara Jobs. Jobs’ family then moved from San Francisco to Mountain View, California. Steve was five at that time. Jobs’ adoptive father was a machinist so he thought Steve some electronics and how to work on it with his hands. Paul Jobs showed Steve how to take apart and rebuild electronics like radios and TVs. Because of this, Jobs became interested and had a hobby of tinkering with electronics. Jobs’ learnt to read from his adoptive mother before he could go to school. As a student, Steve Jobs was very intelligent but also a prankster. The school administrator suggested that he skip a few grades and go to high school, but his parents declined. He later went to Cupertino Junior High and Homestead High School in Cupertino, California. During this time, Jobs met a great friend, Steve Wozniak. After graduating, Jobs attended Reed Collage in Portland, Oregon. Due to expenses, Jobs had to drop out of collage but he kept attending creative classes like calligraphy. Jobs went through tough times at this point. He had to sleep on the floor of friend’s dorms, and exchange soda cans for money. 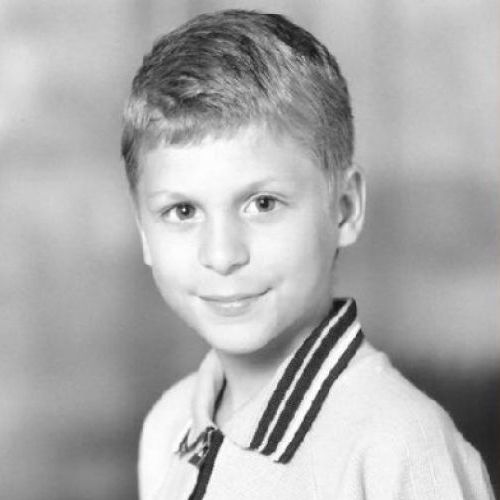 After this, Jobs and Wozniak invented the Apple 1 computer. In order to sell this, they started a company with Ronald Wayne in Job’s parents garage. The company Apple Computer was founded. After this, Steve Jobs and Steve Wozniak made many things like the Apple 2. During Jobs’ time in Apple, the board of directors was not content with Jobs’ behavior and working. They transferred him to a department where he could not do any work. Jobs resigned from Apple within a short period of time. Jobs with the Apple 1 computer http://scoopertino.com/wp-content/uploads/2011/08/young-steve-jobs-1.jpg

After resigning, Steve Jobs did many things; he first started Zen meditation, which calmed him a lot. He also went on spiritual journeys to India. Jobs founded a new company called neXT Computer. It made workstations that can be called the ancestors of the iMac. Jobs also bought Pixar and made a partnership with Disney, which came to great profit. He then sold Pixar to Disney and became a Disney board member. While this time, Apple’s business was going down so they bought neXT Computer and appointed Jobs as interim CEO. In this period of time, Jobs made fantastic inventions and innovations like the iMac, the iPod and iPhone.

On the 5th of October 2011, Jobs passed away due to a relapse of pancreatic cancer. Steve Jobs lived in a period known as the Information age or Computer age. Advanced technology was just being invented. The Internet was made in 1969; the first microprocessor was made in 1971. A lot of the modern technology we know today was being made at that time. Jobs himself, was part of it and made computers available to many households by making the Apple 1 and Apple 2 computers.

A big failure for Steve Jobs was when he had to leave his own company. Apple started going into a loss after Jobs left and were losing business. He overcame this failure by doing Zen meditation and going on a spiritual journey in India. He was also behind famous movie companies like Pixar. Many great movies like Toy Story and Finding Nemo were made when Jobs was the producer. He became the largest shareholder of Disney when Pixar was bought. Jobs also founded neXT Computer, which made computer stations and became very famous. The workstations were the early ancestors of the iMac. Apple then bought next Computer and at that point Jobs became the Interim CEO of Apple.

A method Jobs used to make his inventions better was his great presenting skills. He always kept it interesting and not too formal. He was known for this a lot and there were also many books written about his presentation skills. He also did Zen meditation to calm his mind and it gave him peace.

Jobs made many great inventions/innovations throughout his life. Some of them were the iMac, iPod, and iPhone. Another great invention was the iPod touch. It was an innovative product that changed the mp3 player industry. It was an mp3 player that had a touchscreen. And not only did it play music, but it also had other entertainment like games, internet access and video playback. The first iPod was released in 2007, and many improved models have been made since then. Another innovative product that Steve Jobs invented was the iPhone. A revolutionary phone that had a smart capacitive touchscreen and was fully loaded. It is considered to be the first smartphone. It was very similar to the iPod but calls could be made with the iPhone.

Here is an infographic I made on Steve Jobs:

Want to know more? Here is an interesting documentary on Steve jobs.